The Pike was an amusement zone in Long Beach, California. The Pike was founded in 1902 along the shoreline south of Ocean Boulevard with several independent arcades, food stands, gift shops, a variety of rides and a grand bath house. It was most noted for the Cyclone Racer (1930–1968), a large wooden dual-track roller coaster, built out on pilings over the water.

The Pike operated under several names. The amusement zone surrounding the Pike, Silver Spray Pier, was included along with additional parking in the post-World War II expansion; it was all renamed Nu-Pike via a contest winner's submission in the late 1950s, then renamed Queen's Park in the late 1960s in homage to the arrival of the Queen Mary ocean liner in Long Beach. 1979 was the year Long Beach city council refused to renew the land leases and demolished all of the structures and attractions it could that weren't trucked away. The Pike museum is located in Looff's Lite-A-Line at 2500 Long Beach Blvd. 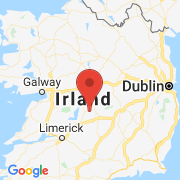