From the 9th to the 16th century, the area was an integral part of the County of Holland. During this period West Friesland was incorporated. In the 17th and 18th century, the area was part of the province of Holland and commonly known as the Noorderkwartier (English: "Northern Quarter"). In 1840, the province of Holland was split into the two provinces of North Holland and South Holland. In 1855, the Haarlemmermeer was drained and turned into land.

The provincial capital is Haarlem (pop. 161,265). The province's largest city and also the largest city in the Netherlands is the Dutch capital Amsterdam, with a population of 862,965 as of November 2019. The King's Commissioner of North Holland is Johan Remkes, who has served since 2010. There are 51 municipalities and three (including parts of) water boards in the province. The busiest airport in the Netherlands and Europe's third-busiest airport, Amsterdam Airport Schiphol, is in North Holland. 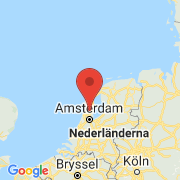