The Dorchester is a five-star luxury hotel on Park Lane and Deanery Street in London, to the east of Hyde Park. It is one of the world's most prestigious and expensive hotels. The Dorchester opened on 18 April 1931, and it still retains its 1930s furnishings and ambiance despite being modernised.

Throughout its history, the hotel has been closely associated with the rich and famous. During the 1930s, it became known as a haunt of numerous writers and artists such as poet Cecil Day-Lewis, novelist Somerset Maugham, and the painter Sir Alfred Munnings. It has held prestigious literary gatherings, such as the "Foyles Literary Luncheons", an event the hotel still hosts today. During the Second World War, the strength of its construction gave the hotel the reputation of being one of London's safest buildings, and a host of political and military luminaries chose it as their London residence. Queen Elizabeth II attended the Dorchester when she was a princess on the day prior to the announcement of her engagement to Philip Mountbatten on 10 July 1947. The hotel has since become particularly popular with film actors, models and rock stars, and Elizabeth Taylor and Richard Burton frequently stayed at the hotel throughout the 1960s and 1970s. The hotel became a Grade II Listed Building in January 1981, and was subsequently purchased by the Sultan of Brunei in 1985. It belongs to the Dorchester Collection, which in turn is owned by the Brunei Investment Agency (BIA), an arm of the Ministry of Finance of Brunei.

In the 1950s, the stage set designer Oliver Messel made a number of changes to the interior of the hotel. Between 1988 and 1990, the hotel was completely renovated at a cost of US$100 million by Bob Lush of the Richmond Design Group.

Today The Dorchester has five restaurants: The Grill, Alain Ducasse, The Spatisserie, The Promenade, and China Tang. Alain Ducasse's restaurant is one of the UK's five 3-Michelin-starred restaurants. Afternoon tea, a tradition which has taken place at the hotel since its opening in 1931, is served every day of the week at five in the afternoon in The Promenade and the Spatisserie. Harry Craddock, a well-known barman in the 1930s, invented the "Dorchester of London" cocktail here at the Dorchester Bar. A well-lit plane tree stands at the edge of the hotel in the front garden, and was named one of the Great Trees of London by the London Tree Forum and Countryside Commission in 1997. 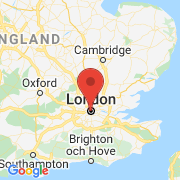